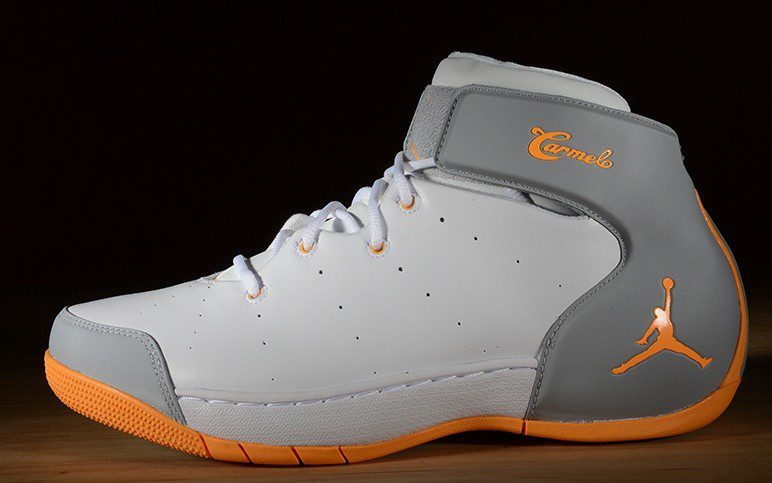 Carmelo Anthony’s first signature shoe, whose unusual numbering convention resulted in the name Jordan Melo 1.5, was released in November of 2004 with a price of $120. Designed by D’Wayne Edwards, the shoe featured sphere lining, encapsulated Air and headband tongue detail.

Now at the twilight of his career and the end of his signature line, Anthony has returned to wearing the 1.5 numerous times through the past several seasons.