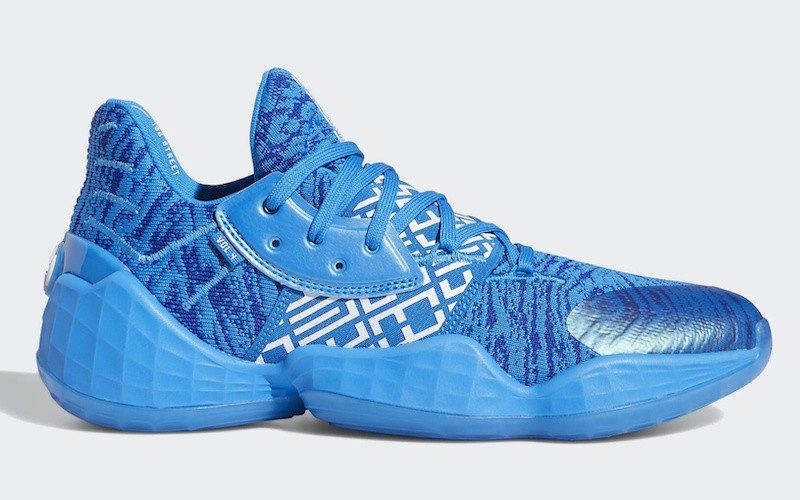 Although James Harden began his career in the NBA with Nike, he truly found his footing with Adidas, where his signature shoe line quickly took off. The silhouette includes high performing features in everything from its traction to its cushioning and materials, and the design aesthetic reflects The Beard’s attention to detail and edgy tastes. The latest in the line, the Adidas Harden Vol. 5, dropped in early 2021 and features the new Adidas Futurenatural innovation, using a one-piece mold that works with the natural movements of the player. Its Lightstrike midsole cushioning and sophisticated traction pattern make it a remarkably comfortable sneaker, with equally impressive lateral quickness and responsiveness.

Generally speaking, the Adidas Harden line is better known for its performance than its looks. The Harden Vol. 1, released in 2016, used a throwback leather toe box that was roundly mocked by fans on the internet. Players were bigger fans, though, appreciating the Boost tech and low-cut design, ideal for an offensive powerhouse like Harden. The look was retooled for the 2018 Harden Vol. 2, and it kept the Boost padding and court feel of the Vol. 1. The plainer release colorways of the Vol. 3 were disappointing for some fans, but later colorways added more of Harden’s distinctive flair, and from a performance standpoint they left nothing to be desired. The bold design of the 2019 Vol. 4 matched Harden’s distinctive style from the start, with a Lightstrike midsole and superior traction, earning Adidas’ claim that the shoe represents “the perfect blend between innovation and fashion.”

The History of the Adidas Harden