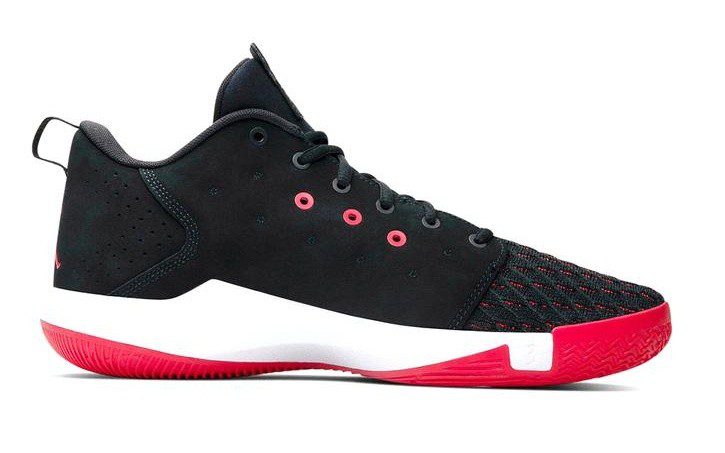 Chris Paul is known for his massive collection of Air Jordans, so it’s no surprise that this is the brand producing his signature sneakers. They’re the shoe of choice for several other NBA players, too, worn by the likes of Tim Hardaway Jr., Markus Howard, and Jabari Parker. The CP3 line is on its 12th iteration, the CP3.12, released in 2019. Like past shoes in the line, the CP3.12 is known for its aggressive traction, with sleek and streamlined aesthetics that, like Chris Paul himself, emphasize high performance. Also like their namesake, they’re often overshadowed by sneakers from flashier players despite being among the most innovative shoes on the market, often featuring new technology that’s available for the first time on CP3s.

The Jordan CP3 line first launched in 2008 with the CP3.I. This was Paul’s most personal shoe design, with the “S1XTY” branding on the heel a reference to his late grandfather. The external lockdown heel counter was added with the CP3 II and would feature on several later versions, including the CP3.IV, CP3.VI, and CP3.VI Artisan Edition. The 2009 CP3.III introduced the durable Podulon cushioning, its first use in a basketball shoe, which became a signature feature of the line. Other innovative design features from the CP3 line include forefoot Zoom Air to improve the responsiveness, first appearing on the CP3.V and also used on the CP3.12, and the Lunarlon heel section of the CP3.VIII, which gave it extra bounce and a smooth transition.

The History of the Jordan CP3