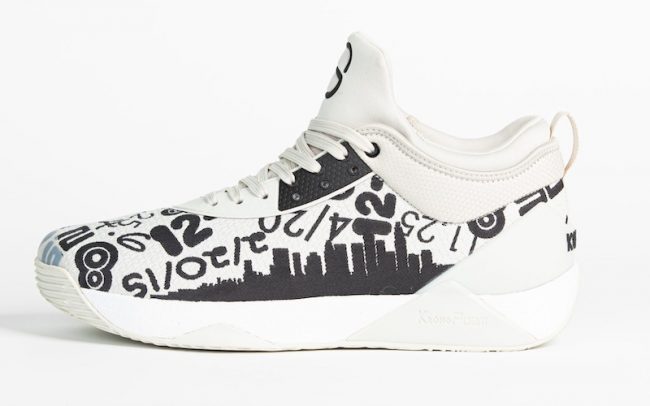 Spencer Dinwiddie broke the mold in the NBA shoe world by introducing his own brand, K8IROS, for the 2018-19 season. His maiden shoes, the 8.1, were hard to get a hold of, but were well-reviewed for their creative styling and quality performance features.

Dinwiddie has followed up the 8.1 with his second silhouette, the Mark II. The shoe features numerous storytelling design features, including the Bruce Lee “be like water” slogan throughout the rubber outsole. Patented KronoFoam makes a return as the shoe’s cushioning system, which is known for a nice light and springy feel. At the time of release, the Mark II comes only in full sizes, and will retail for $130.