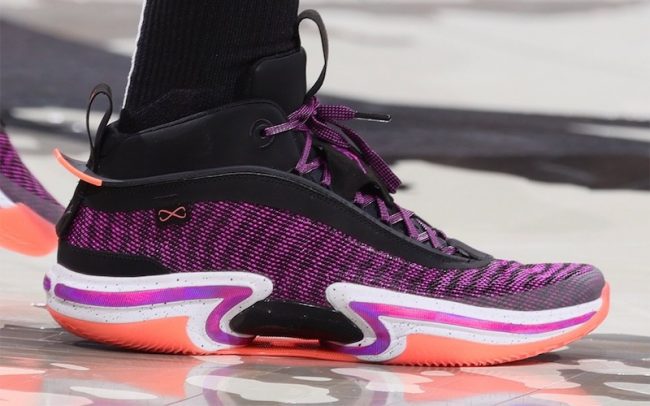 There is currently scant information available about the Air Jordan 36 though it will likely be released in the second half of 2021 and will retail for around $180. A purported leak of the shoe, from WNBA star Satou Sabally’s Instagram account, revealed a shoe borrowing design cues from the Air Jordan 6, and the most recent Air Jordan 35.

Jayson Tatum was spotted wearing the Air Jordan 36 during the pre-game shoot around prior to Game 2 of the Celtics vs. Nets first round playoff series.